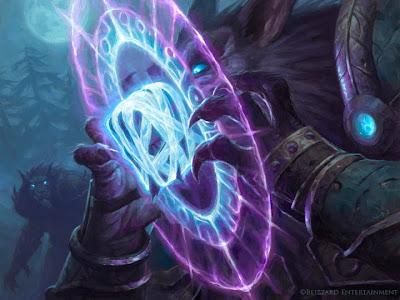 This piece is one of the rare cases where I lost all patience with my oils and just finished the piece digitally. I was really fighting with that magic effect for some reason and so I basically had to decide between my pride and my sanity. "Extinguish", oil/digital 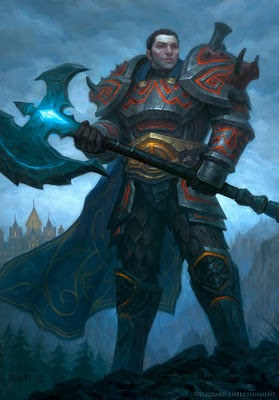 And this one was kind of a strange assignment, it's actually a portrait of a guy who (I'm told) won a WoW tcg championship and one of his prizes was to have his likeness included as a hero character in the next set of cards. It was a bit of a challenge since the only photos of the guy were flash-lit promo pics from gaming events but it was fun none the less.
Posted by Chris Rahn at 12:18 PM 9 comments: 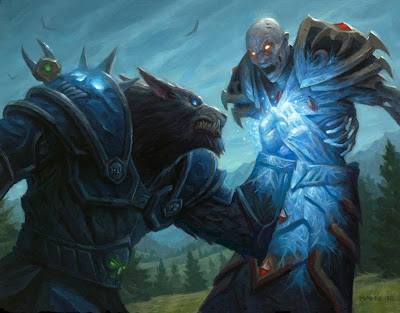 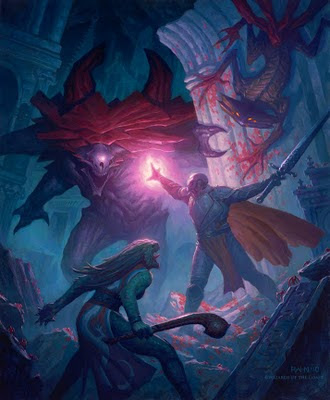 This is my first whack at the world of D&D, it takes place in an underground necropolis that's infested by plague demons (those gents in the back). Thanks to Jon Schindehette for his great art direction and patience with my many, many questions.
Posted by Chris Rahn at 12:50 PM 16 comments: 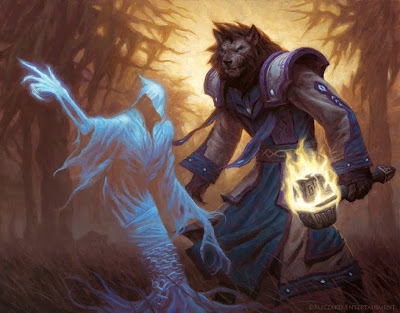 This is a piece I did for the World of Warcraft tcg a while back. In it we have a Worgen (WoW-speak for werewolf) priest gathering information from a ghost. It's kind of a strange scene for me but I had fun with it. Anyway, about a month after I turned it in I got a call from the the Art Director. Turns out they had given me reference for the wrong kind of ghost and it had to be changed... 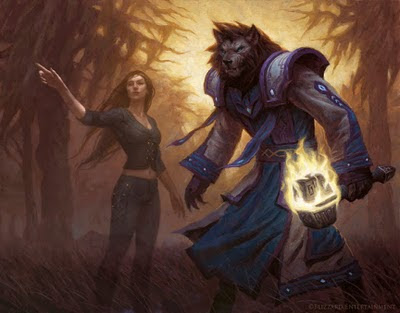 ...a lot. I was able to repaint it digitally which saved me a lot of time but this one still stands as the biggest alteration I've ever done. I'm a little sad the other ghost will never see print but hey, that's what blogs are for.