I know it's late but here's the sixth and final installment of my trip down memory lane. This first piece is one of the few digital paintings I did while in school, it was for a hypothetical fantasy story called 'The Black Cauldron'.

*at least I thought it as hypothetical, apparently The Black Cauldron was a Disney movie from the '80s. Thanks Seth. 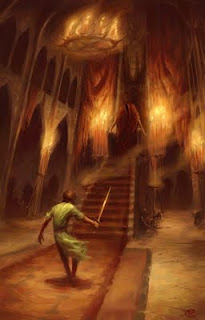 This next one was an attempt at mixing fantasy and sci-fi elements, called 'Klank'. 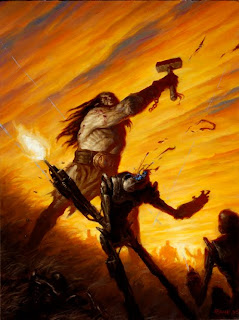 Here we have a mock-cover for Beowulf... 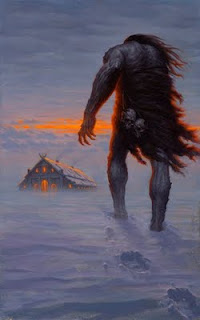 ...And I thought I'd end with this piece. A self portrait that illustrates pretty well how I was feeling by the end of my time in art school. 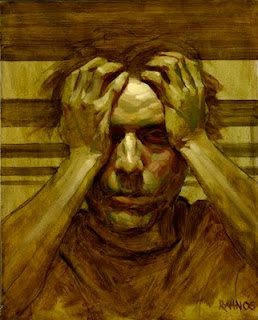 Next up in this look back at my student days is a piece called 'Wolf in Sheep's clothing', and yes, I actually painted it in black and white...can't remember why. 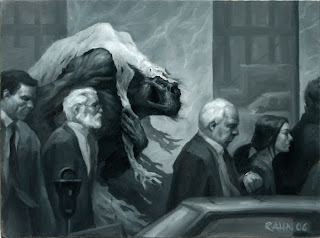 Next up was an album cover for a theoretical metal band called Fallen Angel, I painted this in a final portfolio class I took with Chuck Pyle and Kazu Sano. 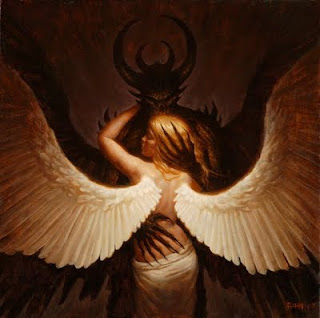 And I this guy was a mock fantasy book cover about a dragon rider. Looking at it now, there's a whole lot of Manchess in that background. 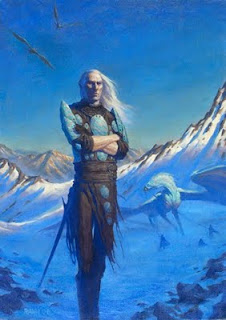 Check back tomorrow for the sixth and final installment of my trip down Momory Lane...There's six days in a week, right?
Posted by Chris Rahn at 10:40 AM 4 comments:

Sorry for the delay, yesterday got away from me so this is a 2-day super-post! First up is the first piece that I liked enough to make it into my first 'professional' portfolio, called Big Bug. 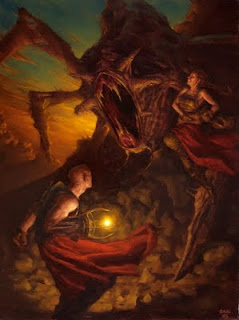 I don't think it gets more 'classic student work' than this next piece, I had to illustrate a song so this is my somewhat literal painting of Tool's '46 and 2' . 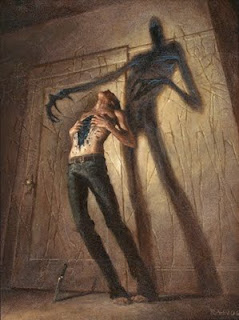 This was a personal piece I did while in school... 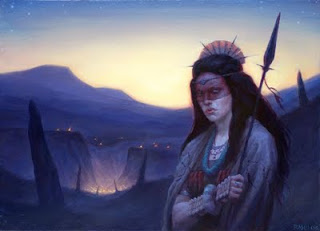 ...and this was another from Steven Player's sci-fi illustration class. It's a mock-cover for a book about zombie vikings called 'Warriors of Decay'. I really miss that class. 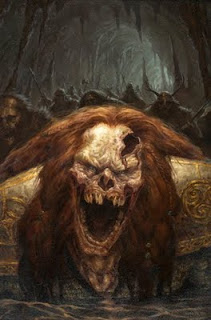 Alright, for day two of my art school flashback, we'll start with a digital piece called 'Guardian'. I was living in downtown San Francisco at the time and I was on a kick about impossible things happening in everyday situations. For anyone who lives there, that's the corner of Stockton and Post, facing south. 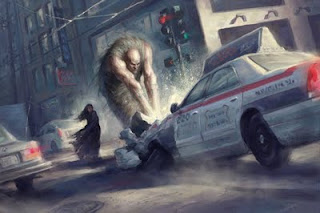 This one's an Illustration of Daphne (of Greek legend) being transformed into a tree... 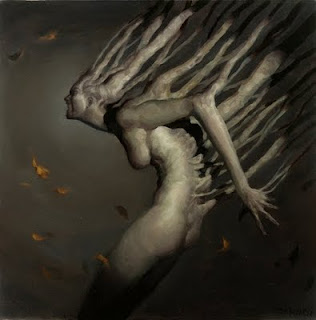 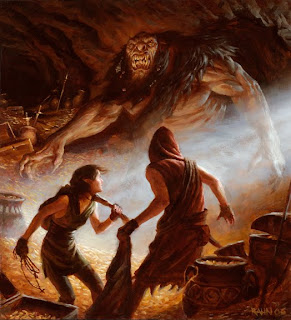 Since I don't have any new work I can show at the moment and since it's about time I post some art, I thought I'd take you for a little trip down memory lane. This week I'll be posting work from my time in art school, two or three pieces a day.

I thought I'd start with my first really big, multi-figure piece that I ominously titled 'The Beast of the Moors'. 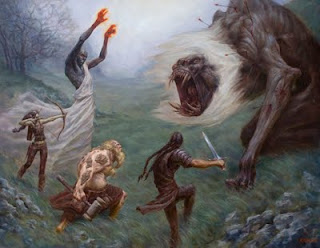 This second piece was an assignment where we had to illustrate a quote that my instructor Steven Player came up with, something about a crack to hell opening up below a cathedral. 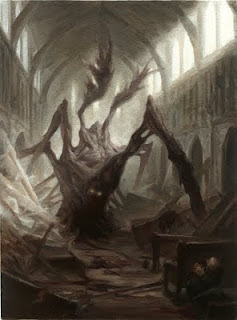 Check back all week for more mildly embarrassing posts...
Posted by Chris Rahn at 12:21 PM 6 comments:

I recently did an interview for the pulp fiction blog Killer Covers about my work on the Charlie Chan series. It just got posted today so if you get a chance, check it out here:

It's a really great blog and definitely worth following if you're into pulp/detective art, and who isn't, right?
Posted by Chris Rahn at 4:06 PM 3 comments:

In my continuing quest to offload my originals, I've recently posted a few for sale at the Illustration Exchange: http://www.munchkinpress.com/cpg149/index.php

Definitely a site worth checking out if you have any interest in owning original sci-fi and fantasy artwork. Thanks again to Scott Altmann for recommending it.

* Just found out that new posts aren't viewable for 14 days unless you're a 'premium member' of the site so my stuff won't show up for about 12 more days...dern.
Posted by Chris Rahn at 6:33 PM 4 comments: